Individuals who earn a Unity Certified User certification receive an industry-recognized credential that validates their proficiency using Unity technology and proves that they have the skills and knowledge to succeed in careers requiring interactive content creation.

Exam token can be taken anytime within 6 months of purchase.

What you will be tested on the certification exam

An industry-recognized certificate that proves you've got what it takes to succeed in your profession. 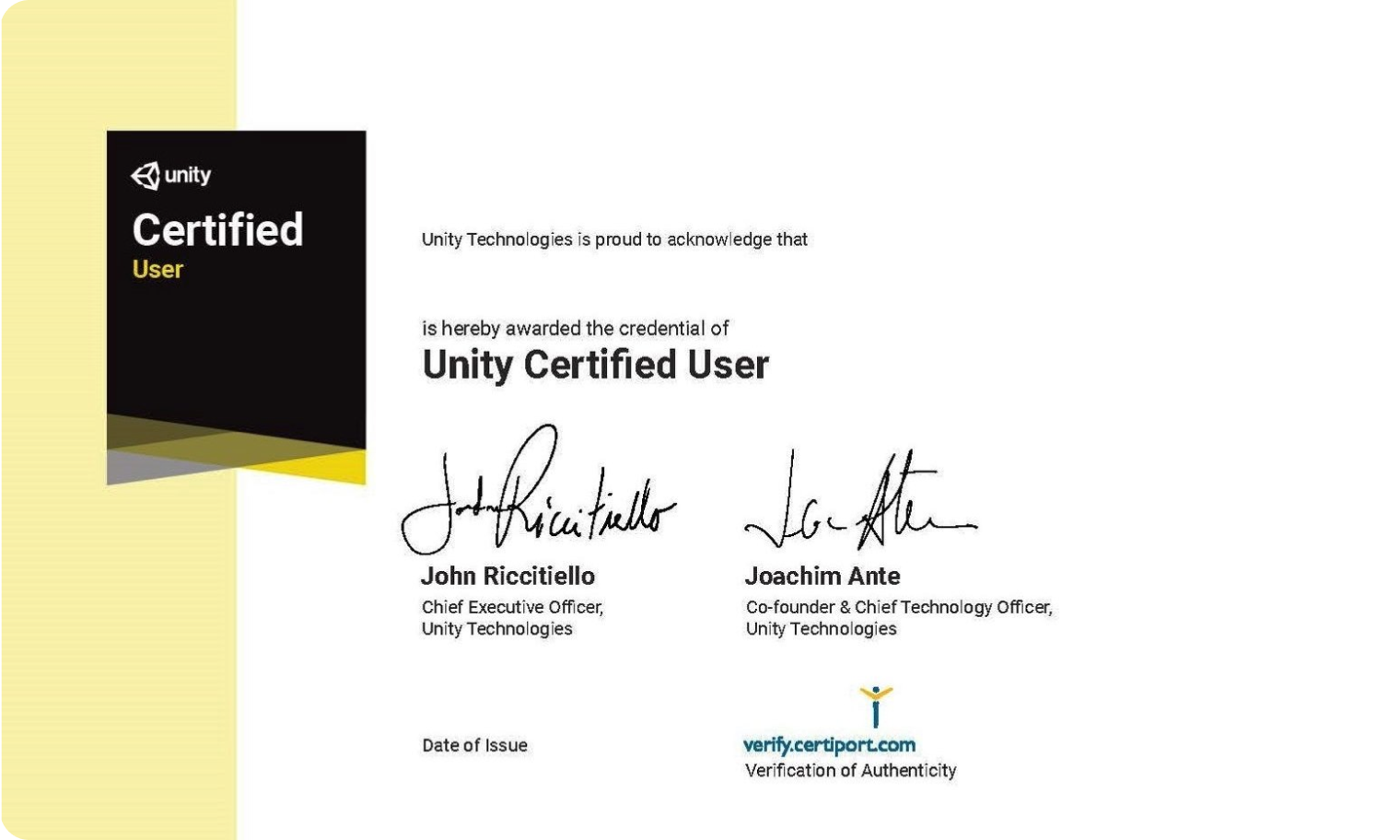 Earn an official badge to show off your certification on LinkedIn and Credly. Learners can learn at their own pace, receive feedback, and get step-by-step instructions for each question in Training Mode.

A learning platform that includes learning materials, video course, quiz, and study case to give candidate better understanding about the PMR learning objectives.

You can add-on retake insurance and get one more chance to take the certification should you fail your first exam. Needs to be taken within 60 days after the first exam attempt.

Steps to Get Certified